Human Castle was commissioned by Sorcha Carey as part of the Edinburgh Art Festival 2012. A performance with ten acrobats, the builders come together to form a human castle, an exclusive turret-like building that the audience remains outside of, somewhat like much of the private land that exists in the city.

The motto for Edinburgh’s Royal Military Tattoo – Castellum est urbs (the fortress is the city) – sees city and castle as one in the same. In situating this commission at the heart of the city that is overseen by its iconic castle, the work continues an exploration of architecture as a protective layer that surrounds us and shapes us in equal measure.

Film of the performance on vimeo here. 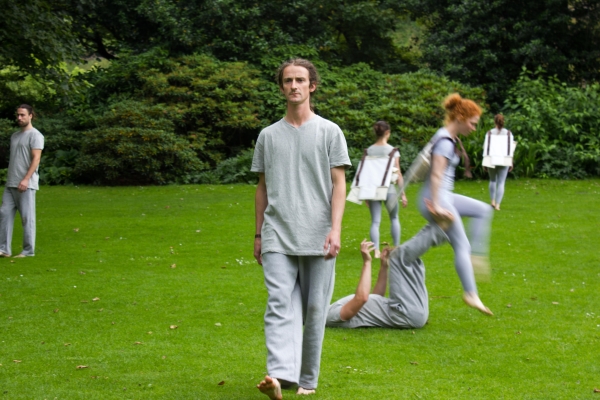